This community is for professionals and enthusiasts of our products and services.
Share and discuss the best content and new marketing ideas, build your professional profile and become a better marketer together. 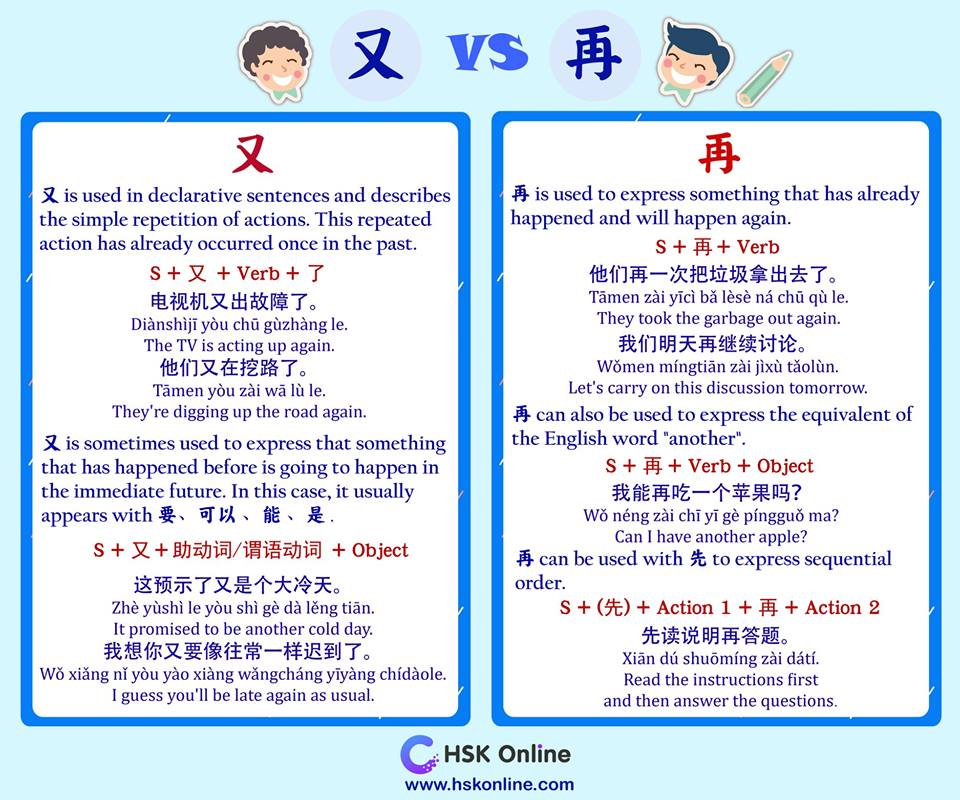 又 is used in declarative sentences and describes the simple repetition of actions. This repeated action has already occurred once in the past.

The TV is acting up again.

They're digging up the road again.

又 is sometimes used to express that something that has happened before is going to happen in the immediate future. In this case, it usually appears with 要、可以、能、是。

It promised to be another cold day.

I guess you'll be late again as usual.

再 is used to express something that has already happened and will happen again.

They took the garbage out again.

Let's carry on this discussion tomorrow. 4

再 can also be used to express the equivalent of the English word 'another".

Can I have another apple?

再过几天 can be used with 先 to express sequential order.

Read the instructions first and then answer the questions.