Huanglong & Temple Fair
黄龙和黄龙庙会
1. 黄龙拥有四种奇特景观，真是太美了!
Huanglong has four kinds of peculiar landscapes. They are so beautiful!
2. 听说森林里生活着很多珍稀动物。
I heard that there are many rare species of animals living in the forest.
3. 我真想再来一次，看看黄龙庙会。
I really want to come again and see the Huanglong Temple Fair.
黄龙位于四川境内阿坝藏族羌族自治州，彩池、雪山、峡谷和森林是 景区最奇特、最美丽的景观。黄龙的山峰高耸险峻，最低处和最高处往往 相差1 000多米。从山脚五彩缤纷的水池，到山间如珍珠飞溅的瀑布，再到 山顶壮美的冰川，每一处都让人惊叹自然的伟大和神奇。 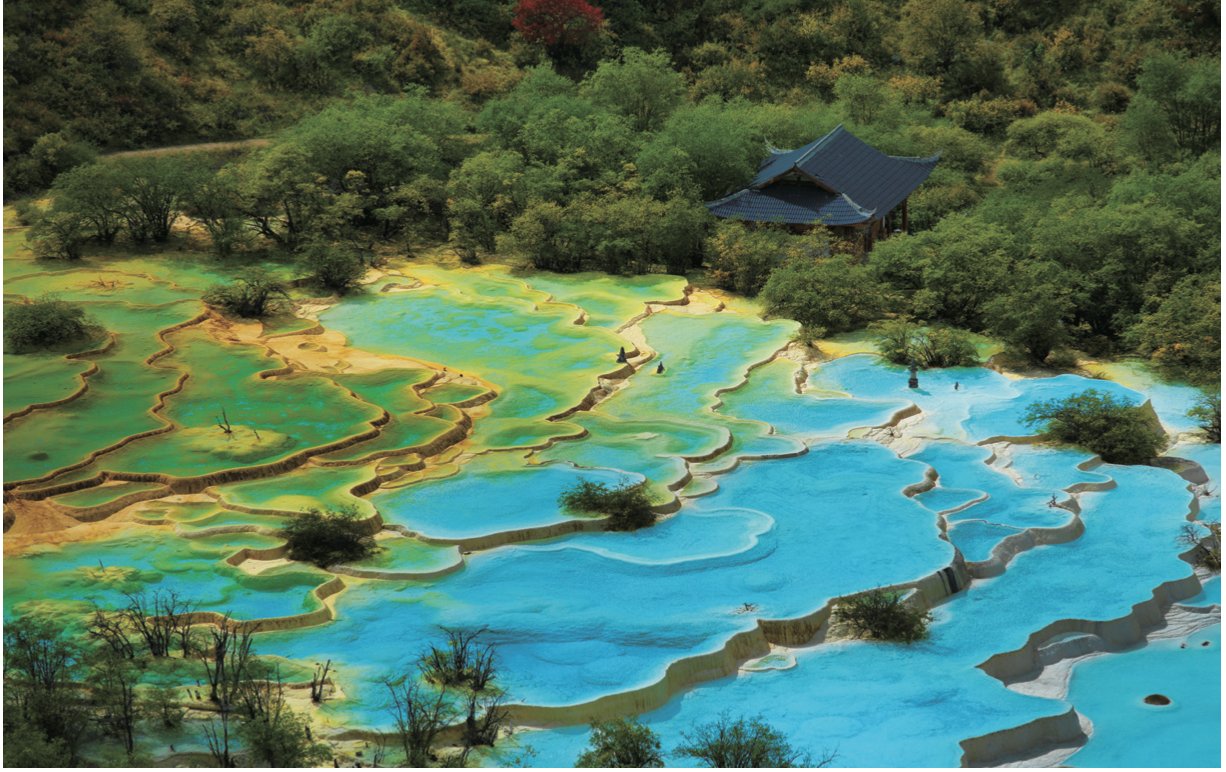 Huanglong is located in the Ngawa Tibetan and Qiang Autonomous Prefecture in Sichuan. Its colorful lakes, snow-capped peaks, canyons, and forests are the most spectacular and beautiful landscapes of the scenic spot itself. The peaks of Huanglong are towering and steep, and the lowest and highest points are often more than 1,000 meters apart in elevation. From the colorful lakes at the foot of the mountain, to the waterfall splashing like pearls in the mountains, to the magnificent glaciers at the top of the mountain, each place makes people marvel at the greatness and wonder of nature. 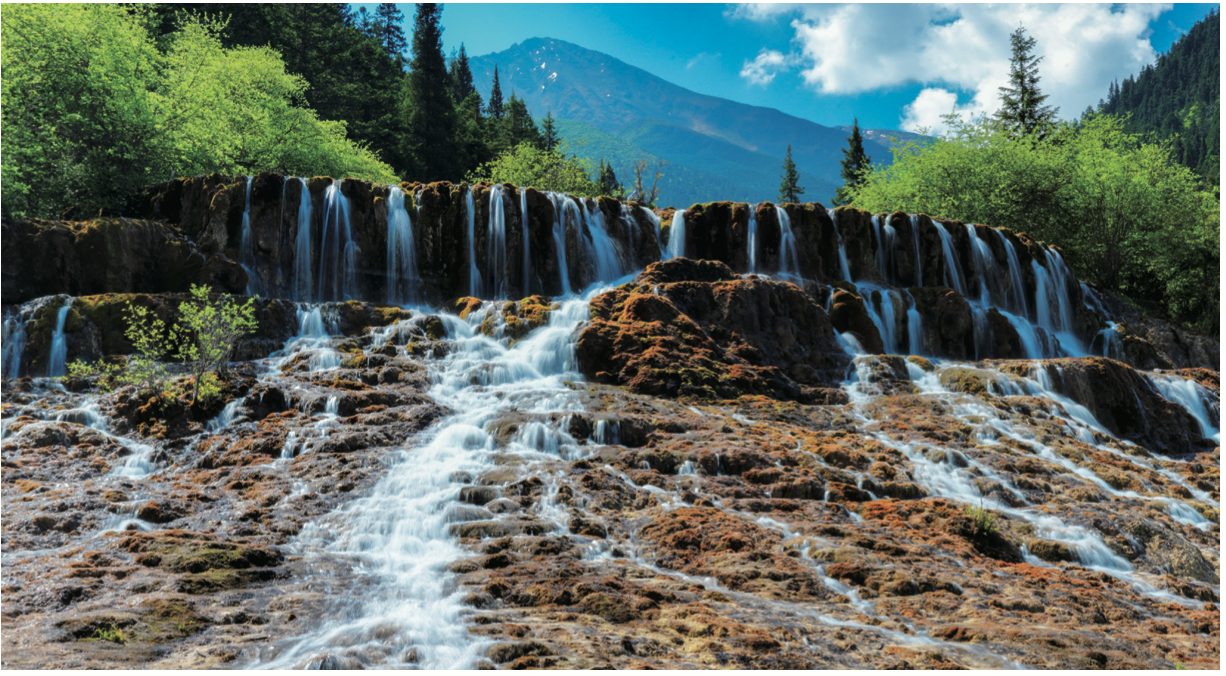 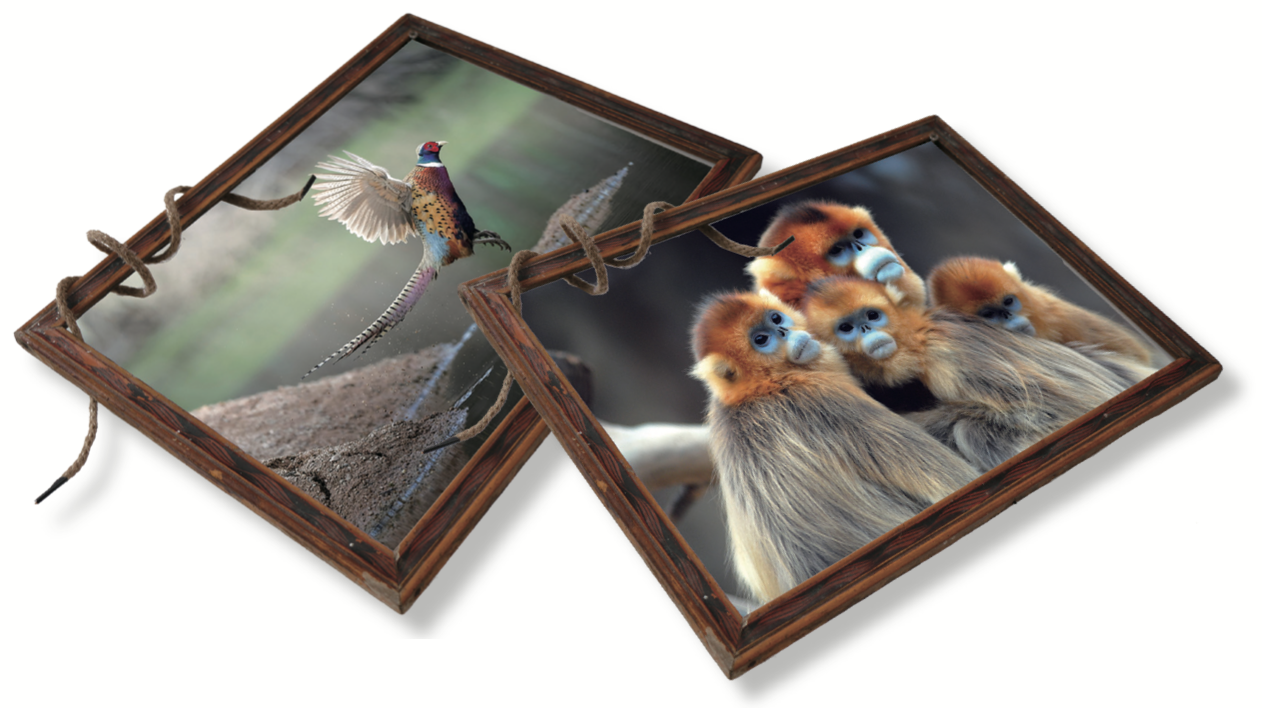 Huanglong is also a sanctuary for many rare species of animals. There are more than 200 species of vertebrates here. Its national first-class protected animals include giant pandas, Sichuan golden monkeys, takins, clouded leopards, leopards, and Chinese green-tailed monals. The most peculiar thing is that, due to the diverse climate, there are both animals from the south and animals from the north living here. 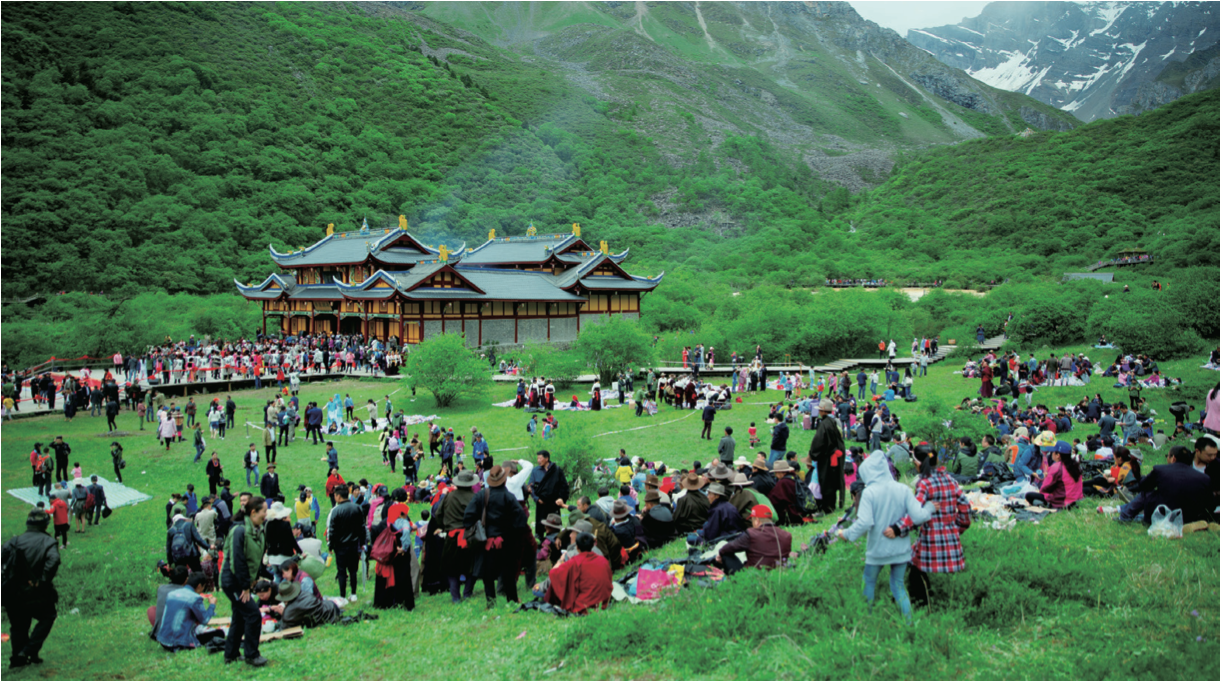 Every year from June 12th to 15th of the lunar calendar, the “Huanglong Temple Fair” is held in Huanglong. During the temple fair, the Han, Tibetan, and Hui people from hundreds of miles around will gather together. They wear beautiful festival costumes, set up tents, sing and dance, and drink and chat. It is here, during the “dui ge” (singing in antiphonal style) of the temple fair, that many young people find their boyfriends or girlfriends.
in Culture
Mount Emei, Love Locks & Monkeys
峨眉山、同心锁和猴子