半真半假
Half Real, Half fake

Half Real, Half fake 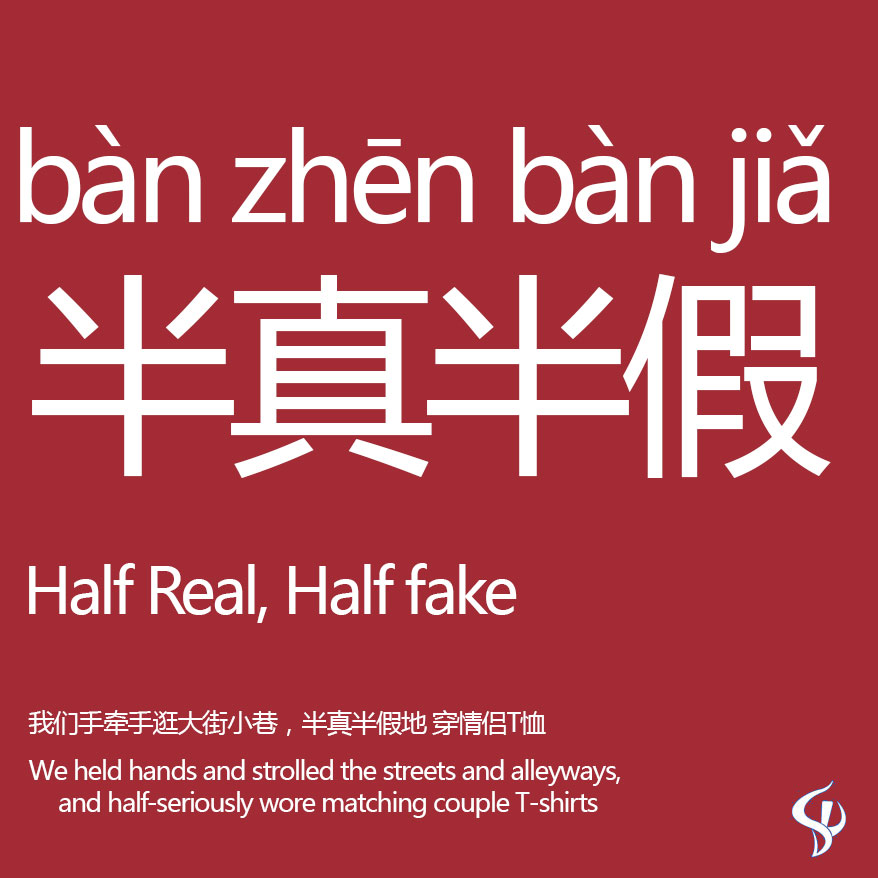 You know to watch out for counterfeit RMB.

But did you know you should also watch out for RMB that’s only half real?

It’s a kind of “mutant counterfeit currency” (变种假币 - biàn zhǒng jiǎ bì) that has appeared in recent years. Sometimes the counterfeiters cut the bill in half up the middle and stick them together. Sometimes, they actually cut the bill so that it’s half as thick!

As always, there is a great chengyu for this phenomenon 半 真半假 (bàn zhēn bàn jiǎ).

半真半假 literally means “half real half fake” and it’s used for anything that’s not completely real. It can be used for both abstract concepts and tangible things. It’s important to note that it doesn’t necessarily have a negative meaning, and can also mean “half-jokingly” or “half-seriously”